Newsroom
NOAA's GOES-T Weather Satellite, Built by Lockheed Martin, Successfully Launches
This satellite is the newest in a series that will provide meteorologists in the U.S. and Western Hemisphere with high-resolution images of wildfires, lightning, hurricanes and other weather hazards. 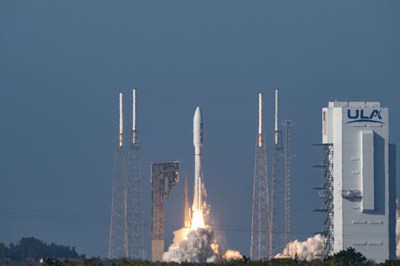 "GOES-T's launch is the culmination of innovative engineering, science and strong teamwork between NASA, NOAA and Lockheed Martin," said Jagdeep Shergill, Lockheed Martin's GOES-R chief engineer and program manager. "With the impact climate change has on weather patterns around the world, the work of satellites like GOES-T is more crucial than ever before, to help keep people safe now and in the future."

GOES-T will be renamed GOES-18 when it reaches geostationary orbit. Once operational, GOES-18 will take GOES-17's place tracking atmospheric rivers, floods, wildfires, drought, and other severe weather and climate phenomena over the West Coast of the United States.

Advanced Monitoring of Weather, Oceans and Climate
As climate change continues to drive more frequent and severe environmental impacts, the GOES-R satellite series – of which GOES-T is the third – uses sophisticated technology to put information in the hands of those who need it most, when they need it.

Before it starts collecting and sharing critical weather data, the satellite's journey to space began in Littleton, Colorado, where it was designed and built by Lockheed Martin engineers.

Over its 10-year operational lifetime, GOES-T can produce over a terabyte of data per day and monitors severe weather continuously, supporting NOAA's mission to provide weather data to save lives.

What's After Lift Off?
Now that it's in space, GOES-T will undergo an on-orbit checkout of its instruments and systems before beginning official operations in January 2023.

In addition to severe weather monitoring, it will do things like:

With three of the four GOES-R weather satellites now launched, GOES-U, the last satellite in the series, is in production and planned for a 2024 launch.

Beyond the GOES-R series, Lockheed Martin looks forward to continued partnership with NASA and NOAA as they look ahead to future weather and climate missions.

More About the Mission
For over 50 years, Lockheed Martin has built and launched more than 120 weather and environmental spacecraft for our government's civil and military agencies. NOAA's present-day GOES-R Series is a collaborative acquisition and development effort between NOAA and the National Aeronautics and Space Administration (NASA) to develop, launch and operate weather satellites. NOAA operates the GOES satellites and produces and distributes data and information to users worldwide, while NASA oversees the acquisition of the spacecraft and instruments, in addition to the management of the launch through NASA's Launch Services Program. Lockheed Martin is designing, building, testing, flying and envisioning advanced spacecraft that will enable future mission success and inspire the next generation of explorers. 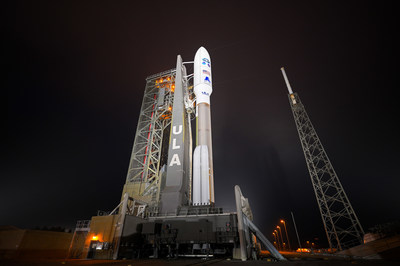