DENVER, Aug. 2, 2021 /PRNewswire/ -- NASA's Lucy spacecraft has officially arrived at Kennedy Space Center, Florida, to begin preparations ahead of its launch this fall. 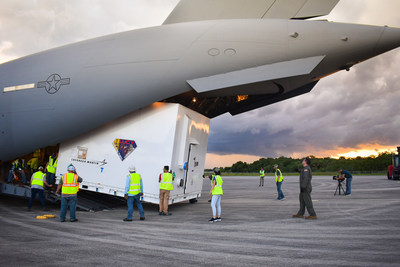 "This spacecraft is so much more than a piece of hardware, it's a work of art, and I'm incredibly proud of how the team came together to build this through a global pandemic," said Rich Lipe, Lockheed Martin Lucy program manager. "To be here now, starting to prepare for launch, is a terrific feeling."

Designed and built by Lockheed Martin for NASA, Lucy will give humankind its first ever close-up look at Jupiter's elusive Trojan asteroids. These celestial objects are important because scientists believe they could hold clues about how our solar system and the planets formed.

In the pre-dawn hours Friday, Lucy took the first steps of its 12-year, four-billion-mile odyssey to the "fossils" of the solar system by boarding a cargo plane in Colorado.

And moving a nearly one-ton spacecraft 18 months in the making is no small feat.

After converting a shipping container into its own mini cleanroom environment, a team of Lockheed Martin engineers carefully placed Lucy inside and loaded the spacecraft onto a special transport truck at the company's Littleton, Colorado, facility.

Flanked by its own police escort, the truck made its way to Buckley Space Force Base in Aurora, Colorado, where a team of about 40 people from Lockheed Martin, NASA and Southwest Research Institute met Lucy and tucked the spacecraft safely inside its C-17 transport aircraft.

After touching down on the Space Shuttle Landing Strip at Kennedy Space Center, Lucy was moved to Astrotech Space Operations, where it will begin preparations for a 23-day launch window that opens Oct. 16.

What's Ahead in the Journey?

Following its pre-launch testing, launch vehicle integration and liftoff on an Atlas V 401 rocket, the path that lies ahead will see Lucy visit a record-breaking number of asteroids – eight, to be precise.

As part of a highly complex orbital trajectory, Lucy will fly by one Main Belt asteroid and seven Trojan asteroids – ancient objects trapped within gravity wells created by the combined pull of Jupiter and the sun, near so-called Lagrange Points. One group leads and one group trails Jupiter in its orbit.

The spacecraft will use precise instruments to study the geology, surface composition and physical properties of these primitive Trojan asteroids. Scientific theory hypothesizes these objects were scattered during the creation of our outer solar system roughly 4 billion years ago and later captured in Jupiter's orbit – remaining there, undisturbed, for billions of years.

These genuine "fossils" of the solar system could hold clues about what conditions were like when the planets formed, leading to an even greater understanding of our own origins.

Lucy's first asteroid flyby occurs in 2025, and the last planned flyby will be in 2033.

For more than 50 years, Lockheed Martin has helped NASA explore every planet in our solar system and continues to develop new technologies for future space missions like Lucy.

Lucy is the seventh of 13 NASA Discovery-class missions in which Lockheed Martin has participated. The company will also build two NASA spacecraft headed to Venus at the end of the decade. 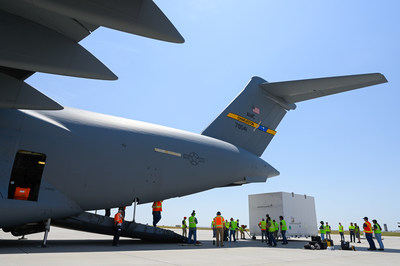 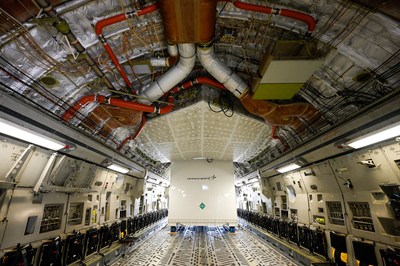