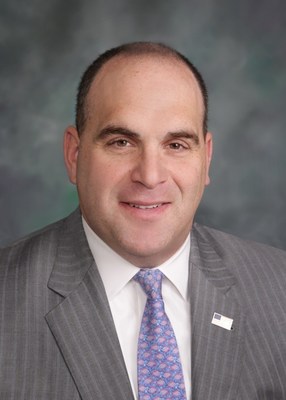 A proven leader in the public and private sectors, Marrone, a current Lockheed Martin vice president of government affairs, has played an active role in many of the most critical issues facing the company. Prior to joining Lockheed Martin in 2019, he successfully served as a senior presidential appointee in both the Bush and Obama administrations in addition to his experience in state and local government and the private sector.

"Christian is a seasoned leader with a strong history of national security expertise and bipartisan relationships. His selection showcases the strength of Lockheed Martin's leadership succession planning," said Jim Taiclet, chairman, president and CEO of Lockheed Martin. "Robert's contributions to our national defense, both in government service and as a Lockheed Martin executive, have always been guided by a commitment to our men and women in uniform, pragmatic bipartisanship and upholding essential principles of ethics and integrity. We thank him for his service and wish him the best in retirement."

About Lockheed Martin
Headquartered in Bethesda, Maryland, Lockheed Martin is a global security and aerospace company that employs approximately 114,000 people worldwide and is principally engaged in the research, design, development, manufacture, integration and sustainment of advanced technology systems, products and services.