BETHESDA, Md., March 16, 2020 /PRNewswire/ -- The Board of Directors of Lockheed Martin (NYSE: LMT) has elected James D. Taiclet, 59, as president and CEO, effective June 15. Taiclet will continue to serve as a member of the corporation's board, which he joined in 2018. He has served as chairman, president and CEO of American Tower Corporation since 2004 and CEO since 2003. During that time, American Tower grew significantly and increased its market capitalization from approximately $2 billion to approximately $100 billion. Taiclet guided the company's transformation from a primarily U.S. business to a global player in its industry, with significant assets and operations in 19 countries. 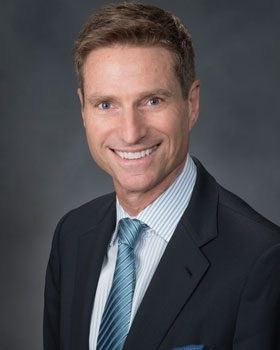 "I know it is the right time to transition the leadership of Lockheed Martin. The corporation is strong, as evidenced by our outstanding financial results last year and a record backlog of business. We have a bright future – particularly with Jim and our outstanding leadership team at the helm," said Hewson. "I'm pleased the board agreed with my recommendation. As Lockheed Martin's next CEO, Jim will lead the company forward in its next phase of growth and value creation."

Prior to joining American Tower in 2001, Taiclet was president of Honeywell Aerospace Services, a unit of Honeywell International, and prior to that was vice president, engine services at Pratt & Whitney, a unit of United Technologies Corporation. He was also previously a consultant at McKinsey & Company, specializing in telecommunications and aerospace strategy and operations. Taiclet began his career as a United States Air Force officer and pilot and served a tour of duty in the Gulf War. He holds a master's degree in public affairs from Princeton University, where he was awarded a fellowship at the Woodrow Wilson School and is a distinguished graduate of the United States Air Force Academy with degrees in engineering and international relations.

"I'm honored to be asked to succeed one of the most respected CEOs in America. While serving on Lockheed Martin's board, I've not only been impressed by the company's continued growth as a leader in aerospace & defense but also by the dedication and commitment of Marillyn and Lockheed Martin employees to deliver for its customers," said Taiclet. "As a military veteran, I understand the mission of this great company to provide global security and innovative solutions for the brave men and women who protect our freedom."

Reporting to the new CEO and president, the COO will be responsible for the strategic, operational and financial performance of all the corporation's lines of business. All four business area executive vice presidents – Aeronautics, Rotary and Mission Systems, Space and Missiles and Fire Control – will report to the COO. This includes the corporation's entire portfolio of products and capabilities totaling almost $60 billion in sales.

"Marillyn and the board have been focused on developing talent and ensuring a high-quality succession plan," said Dan Akerson, Lockheed Martin's lead director. "On behalf of the board and our shareholders, we would like to thank Marillyn for demonstrating a strong commitment to the customer, shaping the company's portfolio to meet the challenges of today's global security environment and growing the business and driving long-term sustainable growth."

About Lockheed Martin
Headquartered in Bethesda, Maryland, Lockheed Martin Corporation is a global security and aerospace company that employs approximately 110,000 people worldwide and is principally engaged in the research, design, development, manufacture, integration and sustainment of advanced technology systems, products and services. For additional information, visit our website: www.lockheedmartin.com 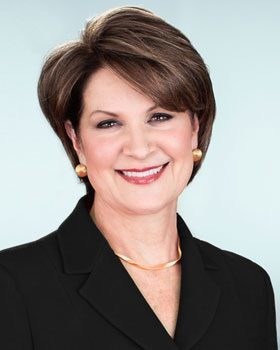