HUNTSVILLE, Ala., Aug. 30, 2019 /PRNewswire/ -- On August 29, the U.S. Army awarded Lockheed Martin (NYSE: LMT) a contract at an estimated value of $347 million as part of a multi-year hypersonic weapons development in support of the Army's focus in long-range precision strike missiles. 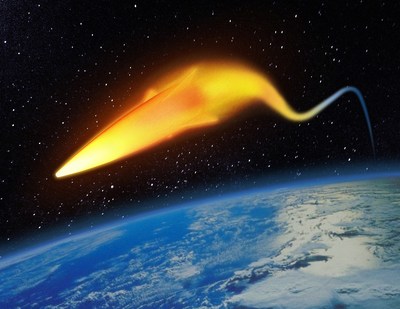 "Lockheed Martin is driving rapid technical development for these national priority programs," said Eric Scherff, vice president for Hypersonic Strike Programs for Lockheed Martin Space. "There are natural synergies with our industry teammates. We believe our relationships offer the Army unmatched expertise and puts us in the best position to deliver this critical capability to the nation. Lockheed Martin is proud to partner with the Army in integrating the common hypersonic glide body and the land-based hypersonic strike weapon system prototype. We are committed to combining the best of what our companies have to offer to deliver on this national priority program."

The Army also awarded a contract to DTS at an estimated value of $352 million to produce the first commercially manufactured set of Common-Hypersonic Glide Body (C-HGB) systems. DTS selected Lockheed Martin to support integration and prototyping of this new C-HGB. The C-HGB will be available across military services to provide commonality to air, land and sea platform needs and requirements.

"Dynetics Technical Solutions is pleased to partner with Lockheed Martin on this national defense priority. The Common-Hypersonic Glide Body and Long-Range Hypersonic Weapon programs will modernize our national capabilities and will counter the threat from our foreign adversaries. We are looking forward to the progress our teams will make as we deliver this combat capability to the warfighter," said Steve Cook, DTS president.

The Army LRHW prototype will leverage the C-HGB and introduce a new class of ultrafast and maneuverable long-range missles with the ability to launch from ground mobile platforms. The LRHW system prototype will provide residual combat capability to soldiers by 2023.

Hypersonic strike weapons, capable of flying speeds in excess of Mach 5, are a key aspect of the long-range precision fire modernization effort for the Army and the national security strategy to compete with and outpace potential threats.