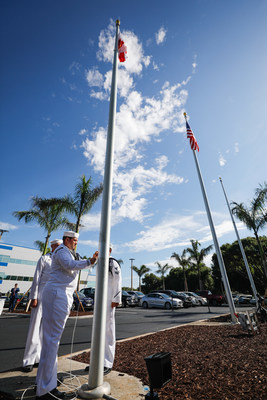 Titusville was selected as the FBM Headquarters to house this critical mission. It allows for continued partnership with the Navy and a solid foundation for the next chapters of the program.

"We are thrilled and grateful to call Titusville our new home," said Sarah Hiza, vice president for Fleet Ballistic Missile programs at Lockheed Martin Space. "This region plays a prominent role in the defense industry. I am very proud to represent our program headquarters in this community and continue to provide the highest level of support to our Navy customer. What they do for our nation is critical, and we deeply appreciate the men and women who serve."

For more than 60 years, Lockheed Martin has contributed to the FBM program with the US Navy.

In 2017, the FBM program announced portions of the program would relocate from Sunnyvale, California to other locations to include Colorado.

Lockheed Martin has developed, built and sustained six generations of submarine-launched ballistic missiles under the FBM program. The current generation of missiles, designated Trident II D5, are carried aboard the US Navy's Ohio-class submarines and make up the sea-based leg of the nation's nuclear triad. They are also carried aboard the United Kingdom's Vanguard-class submarine as their nation's sole nuclear deterrent.