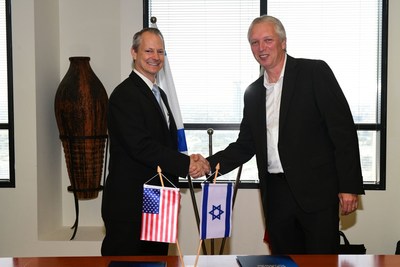 SPICE is a family of stand-off, autonomous, air-to-surface weapon systems that provide affordable precision in a GPS-denied environment. In use since 2003, SPICE is combat-proven and in service with the Israeli Air Force and several other nations worldwide.

"SPICE offers the U.S. Department of Defense and many allies a capability that no other weapon currently in inventory provides," said John Varley, vice president at Lockheed Martin Missiles and Fire Control. "By applying our expertise in aircraft integration, mission planning and tailkit design, along with our experience in affordable streamlined production, we will adapt SPICE to meet U.S. standards so bomber and fighter aircraft can benefit from the added mission flexibility that SPICE offers."

About Rafael
With a legacy of 70 years, Rafael Advanced Defense Systems Ltd. designs, develops, manufactures and supplies a wide range of state-of-the-art defense systems for air, land, sea and space applications for the Israeli Defense Forces and its defense establishments, as well as for international customers. Rafael is one of Israel's three largest defense with over 7,500 employees and numerous subcontractors and service suppliers.