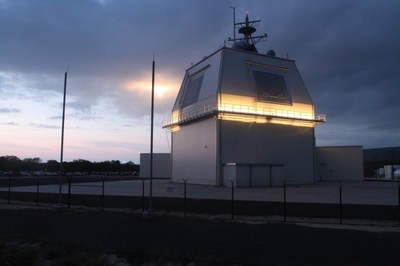 The test, called the Flight Test Integrated-03 (FTI-03), demonstrated the integrated and interoperable capabilities of the Aegis Weapon System to utilize remote sensor data provided by C2BMC to engage a missile from Aegis Ashore in a successful first-ever test event. The networked capability of the engage on remote technology provides an additional layer of defense to warfighters by providing even more time to react to threats.

The test builds on the successful USS John Finn (DDG 113) FTM-45 test in October that demonstrated the integrated capabilities of the Aegis Weapon System and how it has continually evolved to counter advanced threats. It demonstrated the new take down assessment functionality, bi-directional communications and sensor improvement algorithms. This capability is an innovative take down assessment that uses infrared and sensor data correlation to achieve the mission.

"This test authenticates the strengthening global security of the U.S. and its allies as we deepen the defense capabilities with the Aegis Ballistic Missile Defense System," said Paul Klammer, director, Lockheed Martin Aegis BMD. "This exercise showed that Aegis is the most advanced combat system and the proven choice for a layered defense."