DENVER, Nov. 16, 2018 /PRNewswire/ -- TAGSAM, or Touch-and-Go Sample Acquisition Mechanism, completed a successful practice deployment in space on Nov. 14—an important milestone in the OSIRIS-REx mission to the asteroid Bennu. TAGSAM is the first-of-its-kind robotic arm and sampling head invented by Lockheed Martin. 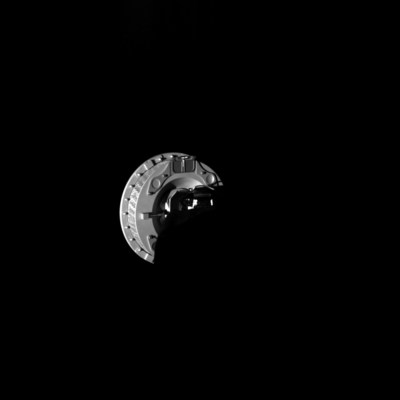 Lockheed Martin engineers on the Mission Support Area (MSA) team moved TAGSAM's arm through the full range of motion of all its "joints"—shoulder, elbow and wrist. The maneuver demonstrates that TAGSAM is ready to collect surface material (regolith) from Bennu.

"Our team has been providing spacecraft operations since launch and has been conducting various checkouts over the past two years," said Sandy Freund, Lockheed Martin OSIRIS-REx MSA manager. "This was a very important milestone in checking out the hardware required to collect an asteroid sample."

Lockheed Martin engineers spent more than a decade designing, building and testing TAGSAM. The mechanism meets the unique challenges of trying to collect samples from the smallest planetary body that a spacecraft has ever orbited.

The OSIRIS-REx spacecraft cannot land on Bennu because of its small size—just 0.3 miles (500 meters) in diameter--and its microgravity environment—100,000 times less than Earth's. Instead, TAGSAM will extend its 11-foot-long (3.35-meter) arm from the spacecraft to Bennu's surface and "tag" the asteroid.

The round sampler head will agitate the surface and loosen regolith with a jet of nitrogen gas, allowing the suspend­ed particles to pass through a filter into the sampler head. The entire operation will take about five seconds, with the TAGSAM head bouncing against the surface in a pogo-stick-type motion.

If necessary, TAGSAM can make up to three sampling attempts to collect at least 2.1 ounces (60 grams) of regolith.

"First-of-its-kind innovations like this one serve as the precursor for future missions to small bodies," said Freund. "Proving out these technologies and techniques, we are going to be able to return the largest sample from space in half a century and pave the way for other missions."

TAGSAM began its journey aboard OSIRIS-REx on Sept. 8, 2016. The spacecraft is scheduled to reach Bennu on Dec. 3, 2018, and complete a survey of the asteroid over the next two years. The window for the touch-and-go sampling operation opens on July 4, 2020. Once enough sample is collected, the TAGSAM head will be stowed and sealed in the spacecraft's sample return capsule (SRC) for the return trip to Earth, with expected arrival on Sept. 24, 2023.

About Lockheed Martin
Headquartered in Bethesda, Maryland, Lockheed Martin (NYSE: LMT) is a global security and aerospace company that employs approximately 100,000 people worldwide and is principally engaged in the research, design, development, manufacture, integration and sustainment of advanced technology systems, products and services.

For more information about the OSIRIS-REx mission: