MARIETTA, Ga., Oct. 11, 2018 /PRNewswire/ -- Lockheed Martin (NYSE: LMT) today introduced Pallas Aviation as the first LM-100J commercial freighter operator. The LM-100J is a production variant of the proven C-130J Super Hercules, which is the military airlifter of choice for 18 nations around the world. 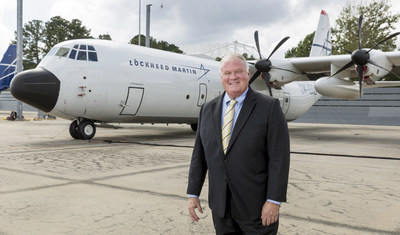 Pallas Aviation will provide management services and operational control of two LM-100J aircraft requiring heavy-lift/oversized cargo capability into and out of unconventional airports and remote locations for a specific set of clients in multiple industries. Pallas will operate its LM‑100Js out of Fort Worth Alliance Airport in Texas.

In conjunction with this announcement, an LM-100J aircraft will be on static display at the Alliance Air Show in Fort Worth, Oct. 13-14.

"In choosing the LM-100J, we have access to one of the newest cargo freighters that happens to have one of the most proven pedigrees in aviation: the C-130J Super Hercules. The LM-100J offers an outstanding performance record, reliability, experience and unmatched capabilities," said Emory Ellis, Pallas Aviation president. "There are other cargo aircraft in the market, but there's one LM-100J, and that's the airplane we need to do our job."

Lockheed Martin introduced the LM-100J freighter in 2014 as an updated version of the L-100 legacy Hercules commercial variant. Lockheed Martin delivered more than 100 L-100s to private and government operators from 1964-1992. The LM-100J offers a civil-certified option for operators that builds on the proven performance of the military C-130J variants, which have flown almost 2 million hours in support of a multitude of mission requirements.

"Over the past few years, we've had the honor to partner with the Pallas team in building the LM-100J and are excited to see this joint vision be a reality that we can share with the aviation industry," said George Shultz, vice president and general manager, Air Mobility & Maritime Missions at Lockheed Martin. "We can't wait for Pallas to show the world the versatility and capability that is found only in an LM-100J."

Two LM-100Js are currently flying in support of FAA type certificate update testing. The C-130J was fully FAA certified when it was first developed and the LM-100J requires an update of this certificate. For more information on the LM-100J, visit https://www.lockheedmartin.com/en-us/products/lm-100j.html.