Newsroom
Lockheed Martin Secures Automated Test Equipment Contract
Company to build and deliver up to 200+ eCASS stations for U.S. Navy as part of a seven-year contract worth up to more than $500 million

ORLANDO, Fla., Sept. 4, 2018 /PRNewswire/ -- The U.S. Navy awarded Lockheed Martin (NYSE: LMT) a seven-year contract worth up to more than $500 million to build and deliver more than 200+ electronic Consolidated Automated Support Systems (eCASS) to maximize aircraft readiness. The previous Navy CASS contract awarded in 2000 to Lockheed Martin was worth $287 million. 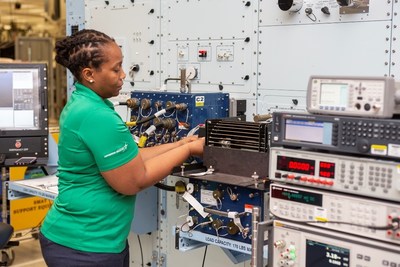 According to Navy Naval Air Systems Command, eCASS saves the Navy money by averting the repair of avionics at the next level of maintenance or sending the parts back to the original equipment manufacturer. Sailors use eCASS to troubleshoot and repair aircraft electronics ashore and at sea, allowing them to return aircraft such as the F/A-18 and E-2D to operational status quickly and efficiently.

"Lockheed Martin's partnership with the Navy on Automated Test Equipment began more than 30 years ago with the production and sustainment of the legacy CASS family of products," said Amy Gowder, general manager and vice president, Lockheed Martin Training and Logistics Solutions. "Our technology is always evolving and now can support F-35 advanced avionics and other fifth-generation platforms. Our goal remains the same – keep aircraft mission ready at the most affordable lifecycle cost now and for the future."

Since 2010, Lockheed Martin has delivered more than 80 eCASS stations to the Navy, as part of its transition from the legacy CASS testing stations to the smaller, faster and more reliable eCASS.