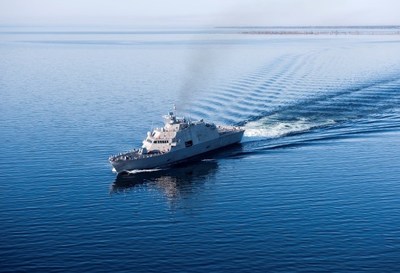 LCS 13 is the seventh Freedom-variant LCS designed and built by the Lockheed Martin-led industry team, and will be commissioned this winter.

"We look forward to the day the future USS Sioux City and USS Wichita join the fleet. LCS is a highly affordable, increasingly lethal and versatile ship," said Joe DePietro, vice president of Lockheed Martin's Small Combatants and Ship Systems. "LCS is a growing component in the U.S. Navy surface force, designed to fulfill critical missions around the world now and in the future."

"Today's important milestone was made possible by the investment and improvements made to our serial production line, which allowed us to realize our vision for a highly capable and efficient shipyard," said Jan Allman, FMM president and CEO. "Fincantieri Marinette Marine's shipbuilders are proud to deliver these proven warships, and we look forward to working with Lockheed Martin and the U.S. Navy to continue building these highly capable ships for the fleet."

With the delivery of LCS 11 and 13, Team Freedom has delivered seven Littoral Combat Ships to the U.S. Navy. Seven ships are in various stages of production and test at Fincantieri Marinette Marine. 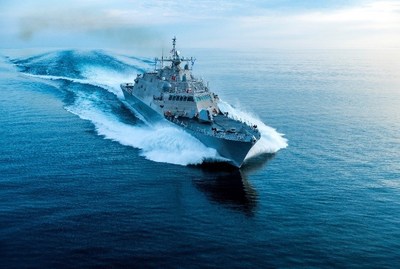