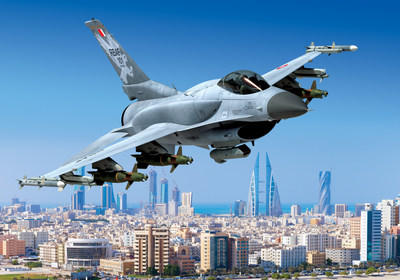 The Kingdom of Bahrain is the first customer to procure the F-16 Block 70, the newest and most advanced F-16 production configuration.

"We value our long-standing relationship with the Kingdom of Bahrain and look forward to beginning production activities on their first Block 70 aircraft at our facility in Greenville," said Susan Ouzts, vice president of Lockheed Martin's F-16 Program. "This sale highlights the significant, growing demand we see for new production F-16s around the globe."

The combat-proven F-16 continues to prove itself as the world's most successful, combat-proven multi-role fighter. To date, 4,604 F-16s have been procured by 28 customers around the world. Approximately 3,000 operational F-16s are flying today with 25 leading air forces, including the U.S. Air Force.