SCHROBENHAUSEN, Germany and DALLAS, March 8, 2018 /PRNewswire/ -- Today MBDA Deutschland and Lockheed Martin (NYSE: LMT) announced a new joint venture to pursue the next generation Integrated Air and Missile Defense System, "TLVS," for the German Bundeswehr. The joint venture is expected to become the prime contractor for the new system, which is currently being negotiated with Germany's procurement office for the Bundeswehr, BAAINBw. 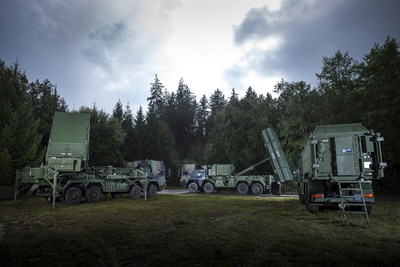 Gregory Kee of Lockheed Martin and Dietmar Thelen, representing MBDA, will lead the company from the MBDA Deutschland office in Schrobenhausen, Germany. The company will also have operations in Dallas, Texas; Huntsville, Alabama; and Syracuse, New York; as well as locations in Ulm and Koblenz, Germany. Kee and Thelen both have extensive backgrounds with the armed forces, the North Atlantic Treaty Organization (NATO), and defense procurement organizations and have a strong experience in military, industrial and international affairs.

TLVS will leverage the development results and experiences from the $4 billion investment of the trilateral MEADS program (U.S., Germany and Italy) and deepen the U.S. – European partnership through a continued, shared commitment to local industry, safety and security.

"With this joint venture, we will have the agility and ability to successfully make timely decisions in an integrated fashion. We will also have direct access to the most advanced test and simulation facilities and the pooled expertise and resources of MBDA and Lockheed Martin. That's how we'll bring this important defense program to fruition for Germany and NATO," said Thomas Gottschild, managing director of MBDA Germany. "We feel responsible and committed to support the German Armed Forces, namely the German Air Force, in establishing its next generation Integrated Air and Missile Defense System."

TLVS is a modern system that will transform Germany's defense capabilities and enable this key NATO framework nation to set an important precedent in how neighboring nations address current and evolving threats for decades to come.

"We have partnered with MBDA Germany to bring air and missile defense solutions to life for more than 15 years. This joint venture takes our partnership to the next level, and we are excited about the possibility of delivering modern missile defense technology that will help Germany defeat current and future threats," said Frank St. John, executive vice president of Lockheed Martin Missiles and Fire Control. "We support Germany's role as the lead framework nation for air and missile defense for NATO and believe the MEADS-based TLVS system is the next-generation solution that will provide the long overdue 360-degree, mobile air and missile defense coverage they need to accurately identify and defeat threats."

About MBDA
With a significant presence in five European countries and within the USA, in 2016 MBDA achieved a turnover of 3.0 billion euros with an order book of 15.9 billion euros. With more than 90 armed forces customers in the world, MBDA is a world leader in missiles and missile systems.

MBDA is the only European group capable of designing and producing missiles and missile systems that correspond to the full range of current and future operational needs of the three armed forces (land, sea and air).

In total, the group offers a range of 45 missile systems and countermeasures products already in operational service and more than 15 others currently in development. MBDA is jointly owned by Airbus (37.5%), BAE Systems (37.5%), and Leonardo (25%). 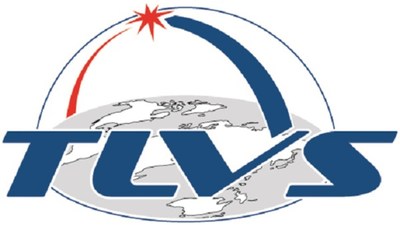