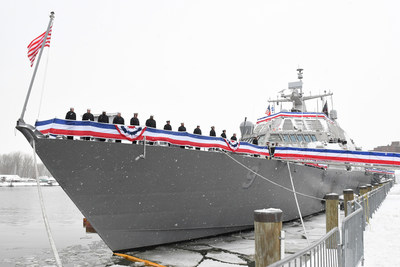 "As a company with strong ties to Arkansas and Upstate New York, we are privileged to have delivered USS Little Rock to the Navy and see her commissioned in the state where so many of our employees call home," said Joe DePietro, Lockheed Martin vice president of small surface combatants and ship systems. "We take great pride in knowing that USS Little Rock and her dedicated crews will serve in the defense of our great nation, enabling the U.S. Navy to carry out its missions where and when needed for decades to come."

Named in honor of the patriotic and hardworking citizens of Little Rock, LCS 9 is the second U.S. Navy ship to bear the name of Arkansas' largest city. She will join USS Milwaukee (LCS 5) and USS Detroit (LCS 7) at Naval Station Mayport, her homeport, in a few short weeks.

"These are complex vessels, and it takes a strong team effort to design, build and prepare these warships for the fleet," said Francesco Valente, Fincantieri Marine Group president and CEO. "I am extremely proud of our entire LCS team, including our shipbuilders at Fincantieri Marinette Marine, who transformed raw American steel into the capable warship you see today." 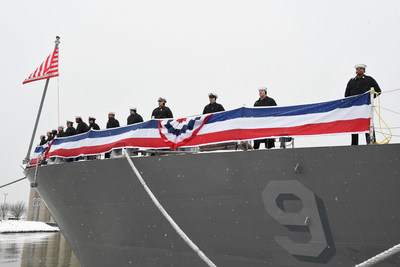