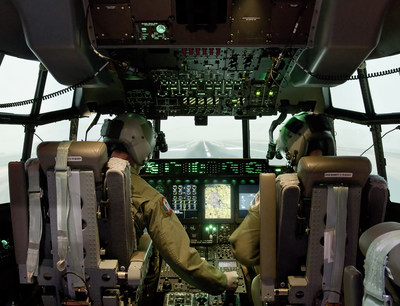 "The C-130J is the world's most versatile airlifter, and we've created training products and services for our customers that reflect the Hercules' many incredible missions," said Amy Gowder, vice president of Training and Logistics Solutions. "With contracts that include customized new trainers, software and hardware updates for existing trainers along with cybersecurity provisions, we view these contracts as a significant opportunity ensuring we're delivering the best solutions for developing well trained airmen around the world."

The contracts are only one way Lockheed Martin is committed to C-130 training. The corporation has also funded development of the Hercules Training Center (HTC), a facility slated to open in Q2 2018. The HTC will train the next generation of air mobility pilots and crews for the C-130J airlifter and LM-100J commercial freighter. The HTC will include classroom space, training devices and a new, reconfigurable C-130J/LM-100J full mission simulator.