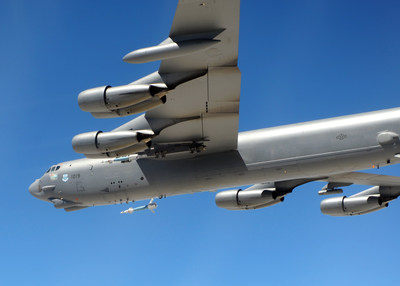 The contract represents the ninth consecutive year in which the U.S. Air Force selected Lockheed Martin to provide the majority share of LGB kits in the annual competition. The award also includes all available funding for the service's foreign military sales and replacement kits.

Paveway II Plus includes an enhanced guidance package that improves accuracy over legacy LGBs. Qualified for full and unrestricted operational employment in GBU-10, -12 and -16 (1,000 pound) configurations, Paveway II Plus is cleared for use on U.S. Air Force, U.S. Navy and international aircraft authorized to carry and release LGBs. Lockheed Martin has been a qualified supplier of Paveway II LGB kits since 2001 and has delivered over 100,000 kits to customers.