DALLAS, July 26, 2017 /PRNewswire/ -- Lockheed Martin (NYSE: LMT) has delivered the first High Mobility Artillery Rocket System (HIMARS) launcher in which both the chassis and launcher components were manufactured at its facility in Camden, Arkansas. In the past, the HIMARS five-ton chassis were Government Furnished Equipment to Lockheed Martin. 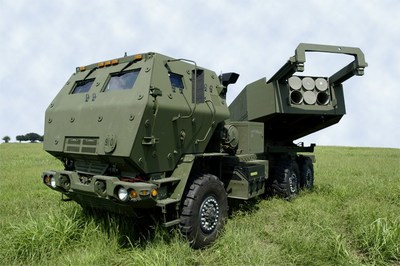 Lockheed Martin is under a U.S. Department of Defense Foreign Military Sales contract to produce 12 new HIMARS launchers for an international customer. Delivery of all launchers under the contract will be completed by the end of calendar year 2017.

"This delivery represents a significant milestone for Lockheed Martin in that we are now producing the HIMARS five-ton trucks from the ground up in Camden," said Scott Greene, vice president of Precision Fires for Lockheed Martin Missiles and Fire Control. "Our award-winning Camden facility continues to produce world-class vehicles, and this latest HIMARS vehicle coming off the line is indisputable proof of that."

HIMARS is a lightweight mobile launcher, transportable via C-130 and larger aircraft for rapid deployment, that fires Guided MLRS and TACMS munitions. HIMARS consists of a launcher loader module and fire-control system mounted on a standard five-ton truck chassis. A specialized armored cab provides additional protection to the three occupants who operate the system. In addition to the U.S. Army and Marine Corps, HIMARS is also fielded internationally.

"Our combat-proven HIMARS launchers have been in service since 2005," said Colin Sterling, Lockheed Martin Missiles and Fire Control Camden Operations director. "Our launchers have consistently demonstrated a 99-percent operational readiness rate, and we take great pride here in Camden that we're now building the actual vehicle platforms in our Ground Vehicle Assembly Building."

The company's Camden Operations has received more than 60 awards over the last decade, including the 2012 Malcolm Baldrige National Quality Award and the Shingo Silver Medallion Award for Operational Excellence, as well as being named one of America's "Top 10 Plants" by Industry Week magazine.