Newsroom
From Middle School To Mars: Students Win National Competition To Design Spacecraft To Take Astronauts To The Red Planet
-- Students Win Opportunity to Pitch Their Ideas to Panel of Space Experts
-- All Part of New Lockheed Martin Initiative to Prepare Students for Space-related Careers

BETHESDA, Md., June 6, 2017 /PRNewswire/ -- With NASA planning to send the first crew to Mars in the 2030s, today's students will grow up to create the spacecraft and science to get them there. Middle school students in California and New Jersey have already begun, winning a national Lockheed Martin (NYSE: LMT) video challenge competition to design the living quarters for astronauts' six-month journey to the red planet. The challenge is part of

the company's Generation Beyond program, which has reached 1.5 million students with the goal of igniting their interest in science, technology, engineering and math (STEM).

The video challenge attracted hundreds of entries from across the country and students could submit as a team or individually. The individual winner is from D. Russell Parks Jr. High School in Fullerton, CA; and the group winners attend John Adams and Woodrow Wilson middle schools in Edison, NJ. In addition to winning $10,000, the winners will also have the opportunity to tour NASA's Kennedy Space Center and to pitch their ideas to a panel of experts in space exploration later this year. Winning entries are available for viewing here.

Lockheed Martin employs about 40,000 scientists and engineers. Generation Beyond is part of the company's effort to help build the next generation of innovators, engineers and scientists who will lead tomorrow's great achievements and discoveries.

According to a national survey of 1,000 teachers (conducted by Morar Consulting from April 5 – 11, ± 3.1% MOE), while just 38 percent of teachers report that a majority of students seem naturally interested in STEM learning, 83 percent see discussing space-related careers as a potential way to increase student focus on STEM. Lockheed Martin created a space-focused curriculum for the Generation Beyond program in partnership with Discovery Education to give teachers tools and resources they can use in the classroom to spark student interest in STEM.

The Generation Beyond curriculum is used in classrooms around the country and Lockheed Martin has integrated new lesson plans into the curriculum to further engage students. The company also created a new app that simulates what it's like to explore the surface of Mars. Classroom resources are available at generationbeyondinschool.com and the Mars Walk app is available for download on iPhone or Android.

About Lockheed Martin:
Headquartered in Bethesda, Maryland, Lockheed Martin is a global security and aerospace company that employs approximately 97,000 people worldwide and is principally engaged in the research, design, development, manufacture, integration and sustainment of advanced technology systems, products and services. 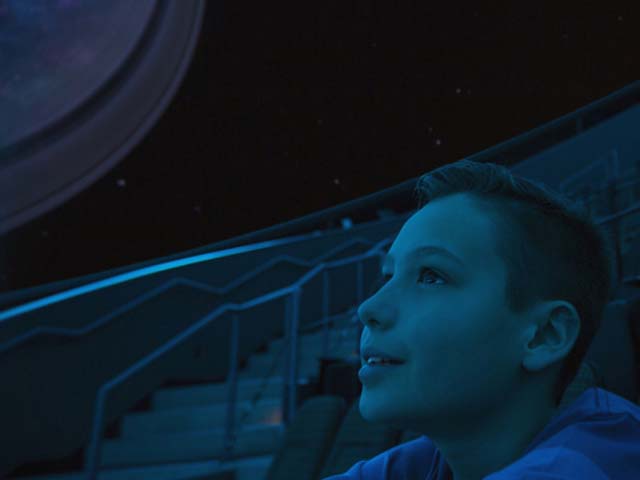