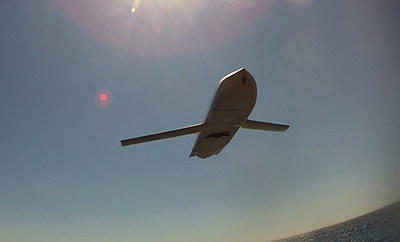 The annual awards by the Aviation Week Network recognize the extraordinary efforts of both individuals and teams in aviation, aerospace and defense industries. The awards ceremony, celebrating its 60th year, took place on March 2 in Washington, D.C.

LRASM was nominated by the Aviation Week editorial staff for the technical development and execution of the program, meeting an urgent operational need by our warfighters.

"It is a great honor to be recognized with this award," said Mike Fleming, Lockheed Martin LRASM program director. "Standing together with our U.S. Navy customer leadership on this very important program, we are committed to bringing warfighters the most capable weapon solution available."

LRASM is designed to detect and destroy specific targets within groups of ships by employing advanced technologies that reduce dependence on intelligence, surveillance and reconnaissance platforms, network links and GPS navigation in electronic warfare environments. Once operational, LRASM will play a significant role in ensuring military access to operate in open ocean/blue waters, owing to its enhanced ability to discriminate and conduct tactical engagements from extended ranges.

LRASM is a precision-guided, anti-ship standoff missile based on the successful Joint Air-to-Surface Standoff Missile - Extended Range (JASSM-ER). It is designed to meet the needs of U.S. Navy and Air Force warfighters in anti-access/area-denial threat environments. The air-launched variant provides an early operational capability for the Navy's offensive anti-surface warfare Increment I requirement to be integrated onboard the U.S. Air Force's B-1B in 2018 and on the U.S. Navy's F/A-18E/F Super Hornet in 2019.