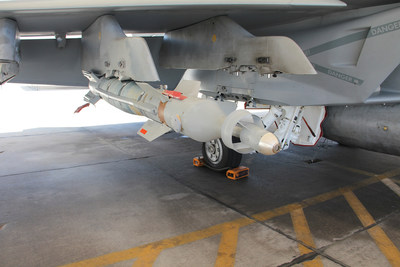 "The new brand Paragon exemplifies a model of excellence, and reflects the system's performance and capability," said Joe Serra, Precision Guided Systems director at Lockheed Martin Missiles and Fire Control. "The Paragon direct attack munition has demonstrated performance well within operational requirements and can be released farther from the target than other dual-mode or GPS-guided weapons."

"Our flexible streamlined manufacturing enables us to offer Paragon as an affordable solution to help stretch defense budgets," Serra said. "Greater capability at a more affordable price benefits our customer by increasing competition in performance-based acquisitions."

Paragon has been successfully integrated on the F/A-18. Additional F/A-18 flight testing continues and F-16 test flights are planned for the second quarter of 2017.