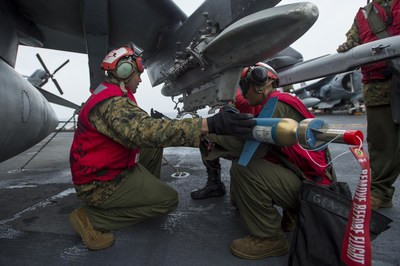 The contract includes a base year order with options for four additional years. Under the contract, which extends ELGTR production into late 2019, Lockheed Martin will deliver ELGTRs and refurbish reusable shipping containers. Execution of the remaining options will extend LGTR production into 2023.

Lockheed Martin has produced more than 160,000 ELGTR/LGTRs for the U.S. Navy, Marine Corps and international customers. The ELGTR is compatible with F-16, F/A-18, AV-8B and various international aircraft platforms.